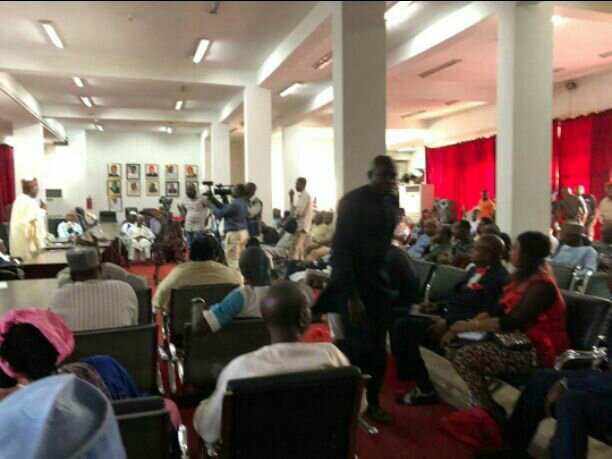 Gazama who spoke on behalf of the groups on Monday explained that, they were in total affirmation of the candidacy of former Vice President, Atiku Abubakar for the presidential elections come 2019.

According to them, their intention to vacate the APC was premised on lack of clear direction, continued policy of divide and rule, lack of security and safety of lives and property in the Northern Nigeria as well as the despicable launching of the “fake agenda of NEXT LEVEL by Gen Buhari and the APC.”

They further said they were swayed and encouraged to leave and come to the PDP and support Atiku Abubakar because it has become the norm nationwide especially, among young people and women to seek alignment with him so that Nigeria can get working again with Atiku.

They said they were impressed with Atiku Abubakar’s recent programme launch which specifically addressed the problems of Nigeria and the immediate and long term measures he will take to build a sustainable Nigeria.

The National Secretary and Publicity Secretary of the PDP, National Youth Leader of the party, Amb Aliyu Bin Abbas who spoke on behalf of the party and His Excellency Atiku Abubakar, welcomed them with open hearts and hands.