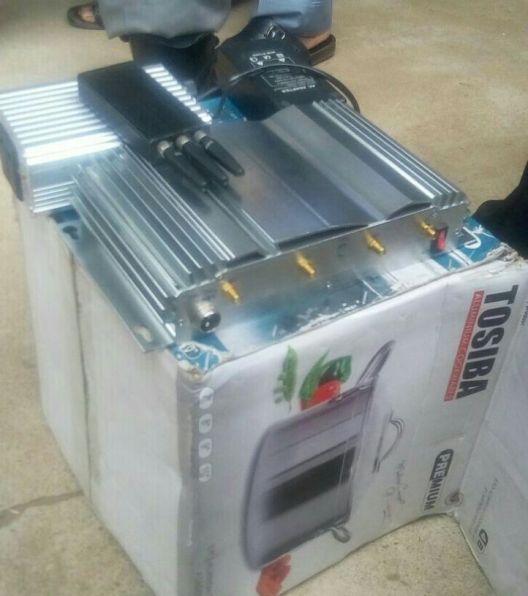 Justice Stephen Haruna Makeri (retired) has launched the Musa Makeri Foundation (MMF) at Kachia Local Government area of Kaduna State to provide educational support  and economic empowerment for youth, particularly in Kachia and some  parts of the Northern States.
The establishment of the foundation became necessary to bridge the wide education gap among the Nigerian populace with particular reference to those at grassroots in the era when Information and Communication Technology (ICT) rules the world.

In his brief remark during the official lauching ceremony of Musa Makeri Foundation ,(MMF)  at Gumel, Kachia, the retired Justice  Makeri said, the ICT centre  will not only  provide  educational support and economic empowerment, but peace, religious, cultural, social integration advocacy and computer literacy.

While calling on beneficiaries to make good use of the opportunity availed them to be ICT compliant, he said, ” I took it as challenge that youth in this part of the state become computer literate considering the present usage of computer for writing  exams”.

“Having spent 32 years working with the Judiciary and enjoyed  the privileges of a Judge , it was high time as a retired Judge I gave  back to the society.

“The   Musa Makeri Foundation (MMF) has been operating since 2015 with an ICT  Center at Gumel, KachiaLocal Government Area of Kaduna State as a  pilot scheme with the sole aim of addressing the gaps in computer literacy amongst rural dwellers”.

“MMF is a platform through which persons across gender, age, race, tribe or religion acquire skill and knowledge for self reliance. It provides financial support for the setting up of micro and small scale enterprises for the economically disadvantaged in our communities for sustainability and financial independence.

“Musa Makeri Foundation  believes that addressing the above issues would make the world a better place to live in.

“With the population of Nigeria put at over one hundred and sixty six million people by the United Nations in 2012, this leaves us with no choice but to agree with the reality and the rule which says the larger the population, the greater the economic, education, and social needs of a community or nation.

In his goodwill message, Chairman of the occasion ,Professor Andrew Nkon, commended the MMF founder for going into areas of concern and promised to give all necessary support.

The Chairman, Board of Trustees of the Foundation, Gen. Martin Luther Agwai (rtd), who was represented by his wife, Mrs Ruth Agwai, urged all cituzens of southern Kaduna to join hands to support the vision as well as contribute to help rural dwellers to be ICT compliant.

According to Agwai, “The project is laudable because it will help rural dwellers to face the current ICT challenge of write online examination”.