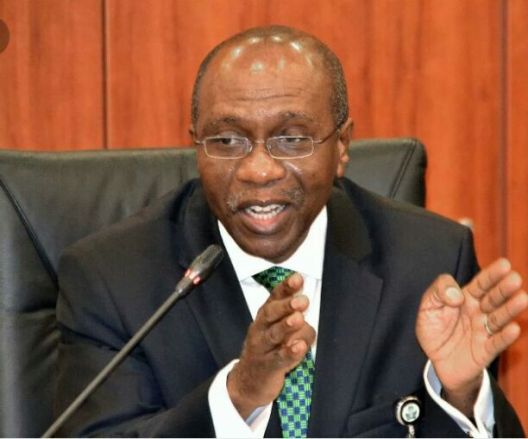 //Rejoinder: Isah Abubakar, President NYCN//
The attention of Northern Youth Council of Nigeria (NYCN) has been drawn to publication in LEADERSHIP WEEKEND of Saturday October 8, 2016(page 42) credited to one Yerima Shettima of Arewa Youths Consultative Forum (AYCF) condemning our call on Governor of Central Bank of Nigeria, Godwin Emefiele to fix our economy or resigned within three weeks.

Ordinarily, it is not in our character to pay attention to statement credited to somebody like Yerima Shettima due to his low intelligence when it comes to addressing national issue like current economy hardship in Nigeria, but for record purpose; that the recession has brought serious hunger, massive lost of jobs and inflation to our people necessitated this rejoinder.

Like we said in our comment as regarding the state of the nation, we are not economists perse, but we felt the direct impact of economy policies championed by the CBN governor and Minister of Economy, Mrs Funke Adeosun.

As current as we are in issues of National interest, both the CBN governor and Economy minister agreed that the nation’s economy is in trouble. It was further stressed at different fora by two former Governors of the CBN that we needed to take proactive measures with the CBN in the front burner. These were apart from the views of prominent Nigerians like Sultan of Sokoto, His Eminence, Alhaji Sa’ad Abubakar III,  Senator Shehu Sani, Prof Ango Abdullahi, Dr. Hakeem Baba-Ahmed among others on the economy of our dear country.

So, we want to ask Shettima that if the people who are managing our collective economy have agreed that there is problem with our economy; if renowned national economists like Professor Path Utomi have agreed and suggested the way forward out of current economic hardship, if our Elders in Northern Nigeria can tell our President, Muhammadu Buhari that, there is hunger in the land, who is Yerima Shettima to defend the CBN governor even if he has been contracted to castigate our innocent observation and verdict on the nation’s economy?

Therefore, it is with total dismay and disappointment that we read the statement credited to the self acclaimed President of AYCF via respectable medium like Leadership condemning our position on the ultimatum issued to the Governor of CBN Nigeria to resign, if he cannot work out policies to alleviate the sufferings of Nigerians.

We challenge him (Shettima) to discuss on the said and purported fiscal measures he claimed are aimed at pulling Nigeria out of recession by the CBN Governor. It is very pitiable that at this critical time when all youths and youth organisations are calling for a better and strong Nigeria’s economy, some are trying to drag us backward.

We remain resolute in our knowledge and what we are seeing that Mr. Governor’s monetary policy has crumbled businesses, sent away investors and has been criticised by a verse majority of  Nigerians who can think straight and true friends of the governor.

The zero charge on withdrawals introduced by the former CBN boss has been thwarted by Emefiele and has in no small measure, a very wrong one.

The inflation rate as we earlier stated has increased to 17% and cannot be guaranteed not to further increase.

The ban also on domiciliary account has not only crippled business but has closed alot and has discouraged our foreign investors.

The perceived incompetence of the CBN Governor unarguably displayed virtually in all his policies. We advice that, the CBN Governor to as a matter of necessity and urgency, consult economic experts and fix our economy or else resign and stop listening to those who are mediocre to blindfold him from seeing and hearing the reality of the economy of our great country, Nigeria. We remain resolute to our earlier position.

We therefore call on all citizens of our beloved country and of course, all our international partners to always see themselves as partners in progress, rather than exhibiting unnecessary rivalry, but to stand by the truth, to say it the way it is and to support every course geared towards a better Nigeria we all yearning for.