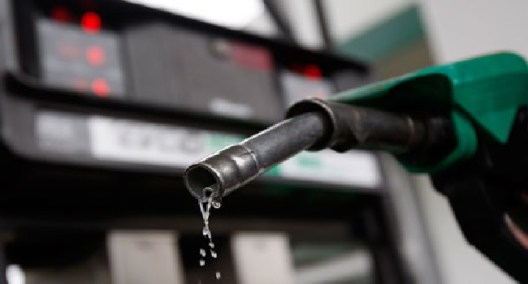 Ordinarily, this story does not demand any serious attention taking into cognisance of its origin. It is worthy to note here that the sponsors of this and many other articles of such—IPMAN, has been in disarray for over 10 years now. This particular article in Desert Herald is still one of the old antics adopted by the disgruntled IPMAN executives to blackmail staff of PPMC, NNPC and even EFCC that had come to investigate their claims and discovered nothing of such.

As it is today, there is nothing like IPMAN in Kaduna Depot because they are in several courts across the country but some of their deposed executives still indulge in the old practice of blackmailing workers of PPMC and NNPC into doing their bidding. It is unfortunate to note that Desert Herald is not aware of these facts. It is funny to note that even the documents presented to Desert Herald called ‘Product Loading Manifest’ were old coupons that were issued by the previous administation of the depot.

For the purpose of putting the record straight we present below, a comprehensive story of how the cabals called IPMAN were born and their modus operandi.

The Association itself was encouraged to come into life by NNPC/PPMC so as to get them educated on modern business methods and to give to the body a negotiating power. Unfortunately, most of the original operators were illitrates with many as transporters who simply built filling stations so as to optimise their haulage business. Unfortunately they have proved to be very resistant to modern business ethos.

Many of them still believe in gangsterism as a method of business negotiation. Since physical combat is no longer in vogue, they have therefore resorted to the use of yellow journalism as a weapon of coertion to achieve their evil aims. It is unfortunate that these so called ‘IPMAN executives’ that papetrate these acts of blackmail hardly ever enters the depot premises for fear of being attacked by the same marketers they claimed to be rpresenting.

Of course, this definately is not the best of time for our businessmen and women in the oil sector of our economy. Apart from the decline in the acruable profit in the sales of the product, the present administration has successfuly blocked most of the leakages in the down stream sectors through which millions are siphoned on daily basis.

It is no longer news to say that the IPMAN is dead. Even at the National level, the association has been in court for over a decade and is still on-going with “two National Presidents” operating on parallel lines. Just as it is factionalised at the national level, the story is the same at the local levels, Kaduna inclusive.

This is as an association that blackmails its members, Judges, Journalists and now PPMC and NNPC staffers. Invariably, the association has completely destroyed itself and does not potend to be an organisation of any consequece. Several notable Nigerians including the present Minister of Petroleum for state and the judiciary have all tried hard to reconcile the association and bring them back on track but they failed due to inherent greed that has eaten the fabrics of the association.

Consequent upon that, the NNPC decided to shot down the IPMAN office in Kaduna Depot and there still remained a standing order that none of the contending factions should be entertained by NNPC/PPMC officials. This translated that the association is completely dead but its carcas still stinks. What is actually needed now is to evaquate the carcas from NNPC premises so as to stop further damages in the sales and distribution of petroleum products in the country.

If the NNPC/PPMC seriously felt desireous of working with an association among her petroleum distributors she can direct the marketers to come up with an acceptable guidelines that will lead to the birth of a new association that will be responsive to modern business ethos.